Pliny, Trajan, and the Christian Problem 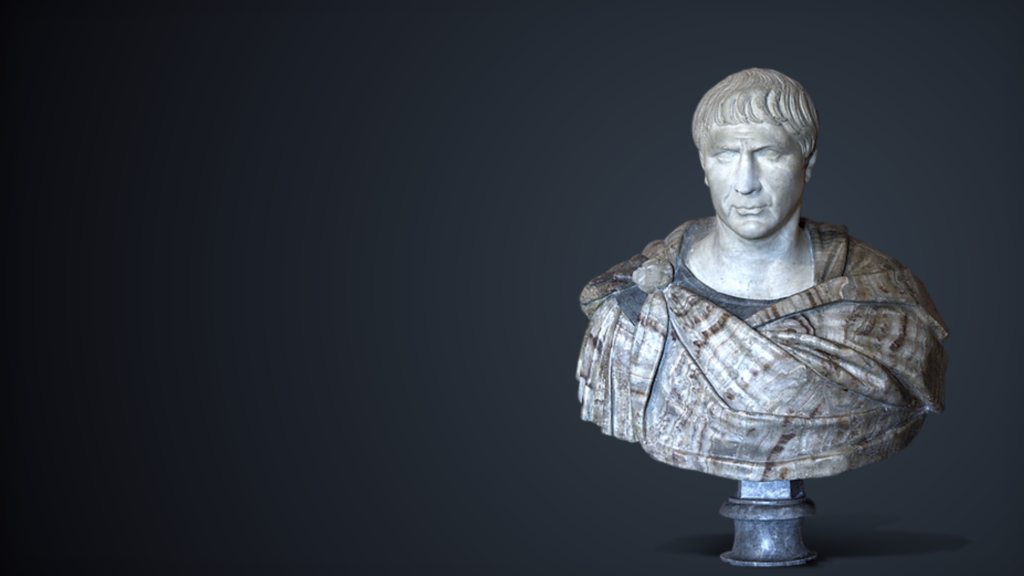 The Church (big C) was born out of the proving grounds that were the Roman Empire. Existing under the thumb of the emperor, the quest of the Church was figuring out how to live a life worthy unto God in such a hostile environment. Yet the Church flourished. It’s impossible to say exactly how many Christians lived under Roman rule, but we may speculate. Rodney Stark – a sociologist of religion – presents a model of Early Church growth beginning with an estimated 1,000 Christians at 40 A.D.

Whatever the numbers, how does the Church grow in the face of unfathomable persecution? During the time of Christ, the Empire’s population was over 50 million people. Surely 1000 Christians were no threat to Rome. Yet, they were a target by the Roman authorities. We see throughout the New Testament where Christians walked with a target on their back by the governing authorities – both Jewish and Roman (see any account of Jesus’s crucifixion in the Gospels or various accounts of the Apostles in Acts).

Even after the time of the Apostles in the 2nd Century, when the Church had been approaching approximately 7,500 in size, the Church was still in the crosshairs of the Empire. We may learn from these early believers and be bolstered by them.

Emperor Trajan reigned over the Roman Empire at the turn of the 2nd Century from 98-117 A.D. While ruling from Rome, he received a letter from Pliny the Younger. Pliny was the governor of Bithynia and Pontus, a Roman province along the southern coast of the Black Sea in present-day Turkey. Pliny often conferred with Trajan by letter for updates and advice in governing wherever he may be. Because of his trustworthy nature, Pliny was specifically sent to Bithynia by Trajan to handle corruption in the distant province.

All of this is context for the main reason for this writing. Pliny himself was a natural-born member of a lower-level aristocracy and rose to the upper-order of aristocracy in his 20s. His administrative expertise lied in military leadership, private law, and provincial order. His concern, needless to say, was for a social order at large from an elevated position. The early Christians represented an incredible minority of the Mediterranean population. This minority position Christians held left Pliny confused as to how to address their presence. After all, his legal experience was reserved for prosecuting corrupt Roman officials.

Christianity was illegal in the Roman Empire. It had been declared an “illegal superstition” by the Roman Senate in circa 30 A.D. (Though interestingly enough, Emperor Tiberius sought to establish Jesus as a Roman god as a pacifying measure.) Though it was illegal, Tiberius also ordered that officials ought not to interfere with this superstition. It wasn’t until Tiberius’ successor – Nero – came to power that Christians faced active persecution and prosecution by the Roman government. By the time of Trajan and Pliny, the prosecution of Christian Roman citizens was the status quo. All of this was due to the Christian and Jewish refusal to sacrifice to Roman gods.

Because Pliny had no experience with dealing with lower-level trials dealing with Christians, he reached out to Emperor Trajan for advice. Simply put, Pliny knew Christianity was illegal, yet he did not know to what extent they were tried and punished. In his letter, we learn a few things about Pliny’s perspective:

“It is my practice, my lord, to refer to you all matters concerning which I am in doubt.”

2. Pliny as never participated in a Christian’s trial – perhaps he may not have encountered Christians at all

“I have never participated in trials of Christians. I therefore do not know what offenses it is the practice to punish or investigate, and to what extent.”

3. He is willing to make punitive exceptions for different circumstances

“I have been not a little hesitant as to whether there should be any distinction on account of age or no difference between the very young and the more mature; whether pardon is to be granted for repentance, or, if a man has once been a Christian, it does him no good to have ceased to be one; whether the name itself, even without offenses, or only the offenses associated with the name are to be punished.”

4. He interrogated Christians with a thrice-asked question: whether or not they were Christians

“…I interrogated these as to whether they were Christians; those who confessed I interrogated a second and a third time, threatening them with punishment…”

Think about John 21:15-17 when Peter demonstrates his steadfastness to Jesus when asked, “Do you love me?”

“…those who persisted I ordered executed. … There were others possessed of the same folly; but because they were Roman citizens, I signed an order for them to be transferred to Rome.”

Governors did not have authority to execute Roman citizens. You may remember when Paul states his Roman citizenship a few times, and once using it to appeal to the emperor (Act 25) – as was his right as a citizen.

6. Pliny offered a way out for the accused by encouraging emperor worship

“Those who denied that they were or had been Christians, when they invoked the gods in words dictated by me, offered prayer with incense and wine to your image, which I had ordered to be brought for this purpose together with statues of the gods, and moreover cursed Christ–none of which those who are really Christians, it is said, can be forced to do–these I thought should be discharged.”

“They asserted, however, that the sum and substance of their fault or error had been that they were accustomed to meet on a fixed day before dawn and sing responsively a hymn to Christ as to a god, and to bind themselves by oath, not to some crime, but not to commit fraud, theft, or adultery, not falsify their trust, nor to refuse to return a trust when called upon to do so. When this was over, it was their custom to depart and to assemble again to partake of food–but ordinary and innocent food.”

This is also a peek into the lives of these early Christians. They lived peaceable lives as Romans, but structured their lives around the glorification of God.

8. Christianity – being so new – was seen as a mere superstition

“I judged it all the more necessary to find out what the truth was by torturing two female slaves who were called deaconesses. But I discovered nothing else but depraved, excessive superstition.”

These interrogations were not required of Jews as they had special legal protections allowing them to practice their faith freely.

9. The Bithynian-Pontian church was diverse

“ For many persons of every age, every rank, and also of both sexes are and will be endangered. For the contagion of this superstition has spread not only to the cities but also to the villages and farms.”

Because a wide array of people were willing to be persecuted, Pliny finally paused his interrogation and appealed to the emperor.

10. Trajan supports Pliny in Christian persecution – but is fair about it, interestingly enough

“You observed proper procedure, my dear Pliny, in sifting the cases of those who had been denounced to you as Christians. For it is not possible to lay down any general rule to serve as a kind of fixed standard. They are not to be sought out; if they are denounced and proved guilty, they are to be punished, with this reservation, that whoever denies that he is a Christian and really proves it–that is, by worshiping our gods–even though he was under suspicion in the past, shall obtain pardon through repentance. But anonymously posted accusations ought to have no place in any prosecution. For this is both a dangerous kind of precedent and out of keeping with the spirit of our age.”

On multiple occasions, Paul encourages the Christian reader to lead a “quiet life” (1 Thessalonians 4:11; 1 Timothy 2:2). The examples that we learn from these early Christians is the manifestation of this charge. Pliny observed a group of people whose only charge was a superstition. He saw they met weekly for worship, offered oaths to one another (think something similar to the Apostles’ Creed), committed themselves to a life of goodness, and then to share fellowship with one another. Yet, they were obstinate in Pliny’s eyes and kept to themselves.

Even if they are obstinate in the eyes of Rome, we can learn from our predecessors. In their singular moment in history, these early Christians teach us today the necessity of a church family. Christians live with dual citizenship. Today is simple enough to be American citizens and citizens of heaven (Phil. 3:20). By Roman standards, this dichotomy would be impossible. You may offer sacrifices to the emperor and the gods, or you may offer sacrifice to Jesus. You cannot do both. Knowing this, the brother and sisters of the faith before us chose the latter and remained steadfast in it.

What we must also learn from our brothers and sisters before us is the absolute necessity of the Church. No Christian – not even Paul – could face the Roman Empire alone. When we meet as a church, just as the Christians mentioned by Pliny did, we establish and re-establish a covenant together, reminding one another of the covenant made with us by God, who is “unbendingly faithful.” Our forebears knew this to be true. They knew God would be faithful to them to the end, be it the “end” being age or sword.

The necessity of the Church is not only physical encouragement, but spiritual as well. We can see in Pliny’s letter these Christians were not necessarily concerned with physical liberation. If so, they could have recanted their confession in Christ and lived without punishment. Pliny also makes no mention of resistance within this community. In gathering with one another, they committed themselves not “to lives of crime,” but lives of holiness, purity, and integrity. The concern of these people were to be found in association with Christ and him crucified, and thus, to live lives worthy of such a call. 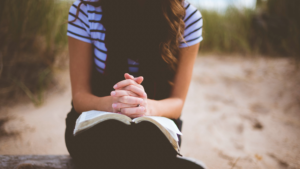 The Blessing of the Man Who Worships the Living God 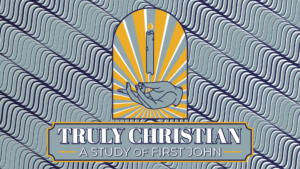